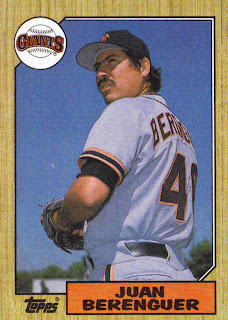 Juan Berenguer didn't pitch for the Giants in 1987. He was released by the Giants after the 1986 season and signed with the Minnesota Twins, where he won a World Series ring. Juan continued to pitch in the majors through the 1992 season. 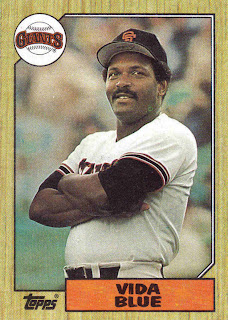 Vida Blue didn't pitch for the Giants in 1987. He became a free agent after the 1986 season and signed with the Oakland A's. Vida abruptly retired during spring training in 1987 and it was rumored that he had failed a drug test. 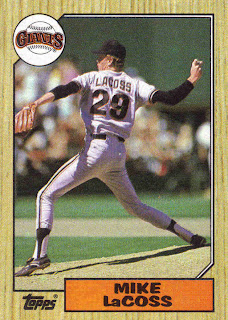 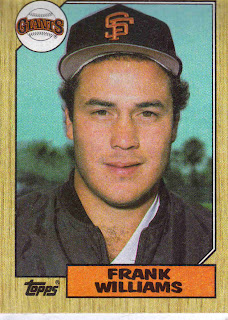 Frank Williams didn't pitch for the Giants in 1987. He and two minor leaguers were traded to the Cincinnati Reds after the 1986 season for Eddie Milner. Frank had a tough go of it after his playing career -- he was in a bad car accident in 1989 and ended up homeless in Vancouver, Canada after a divorce. He died of a heart attack in 2009. 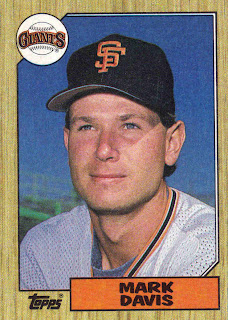