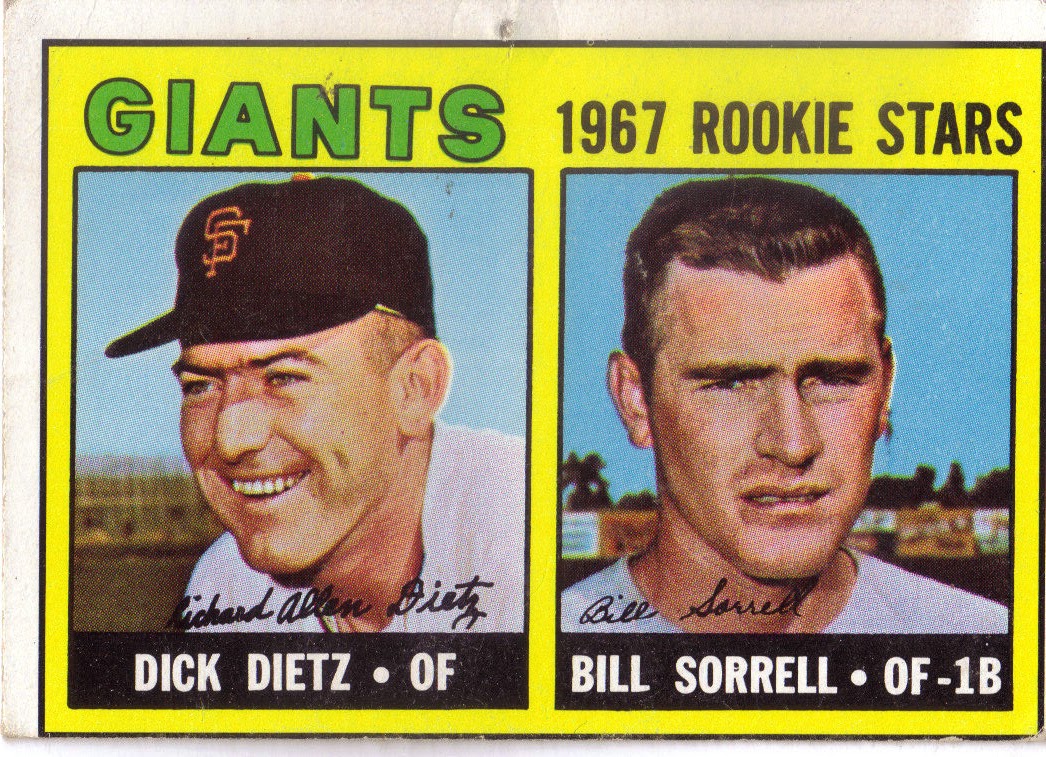 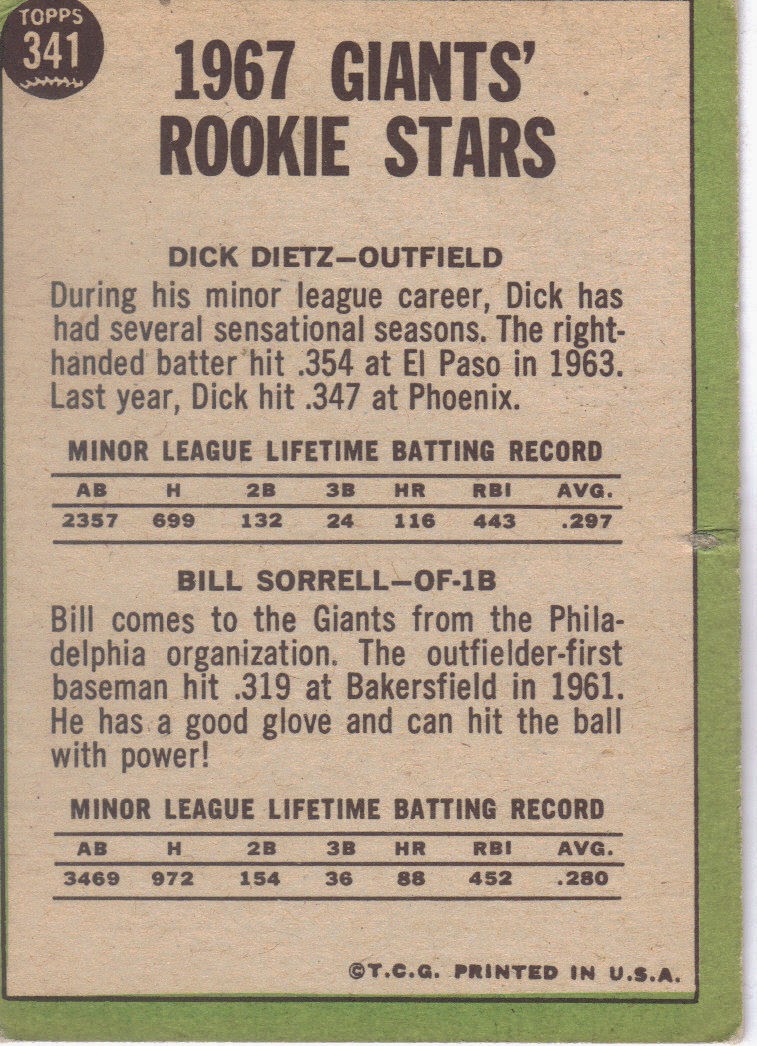 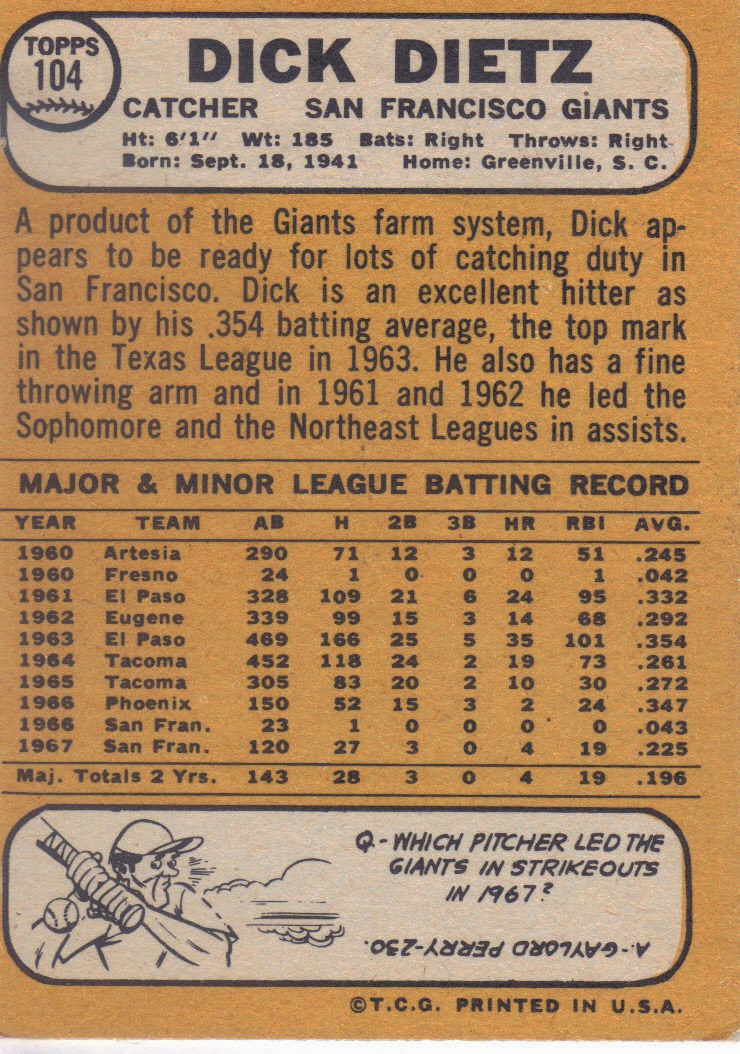 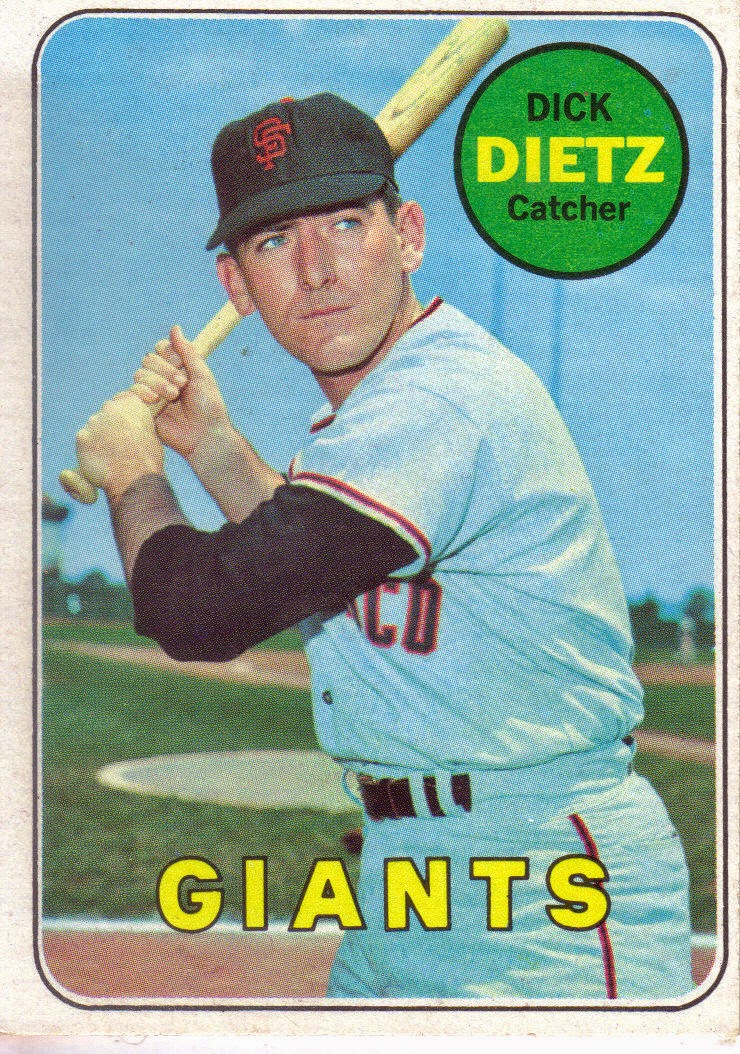 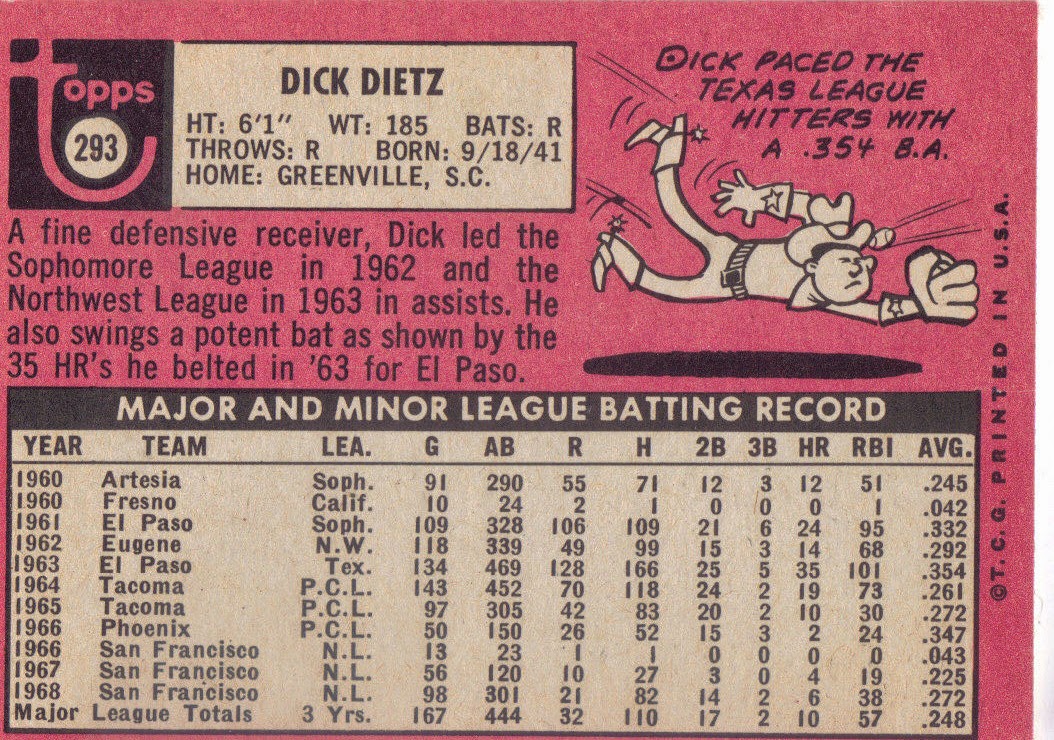 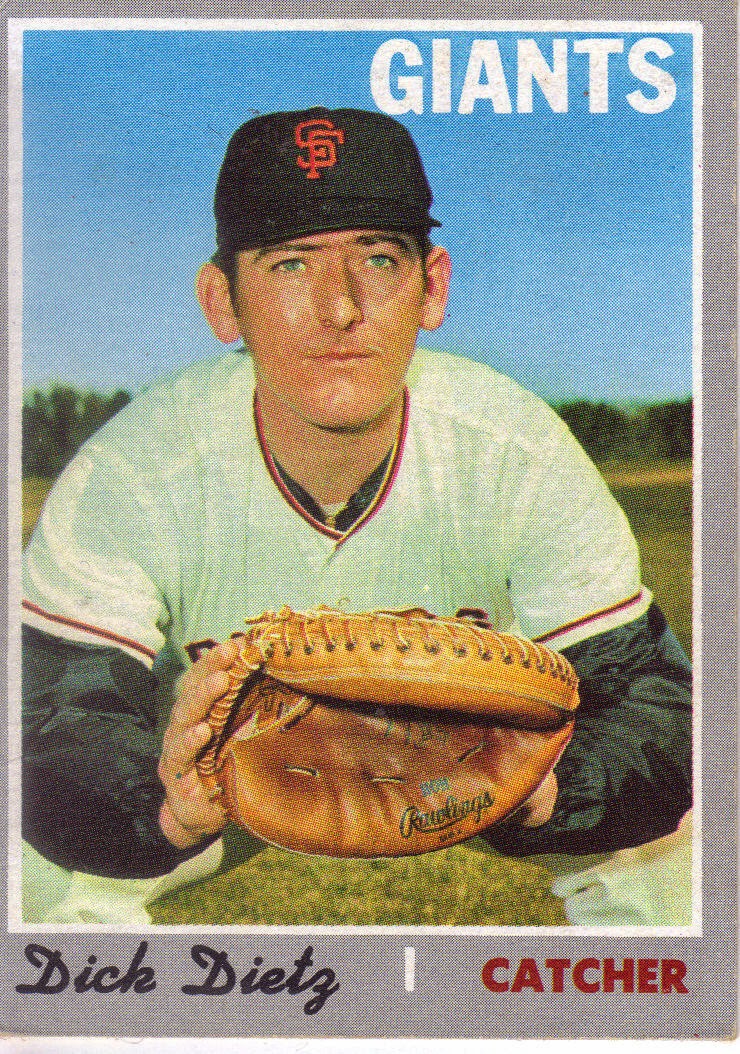 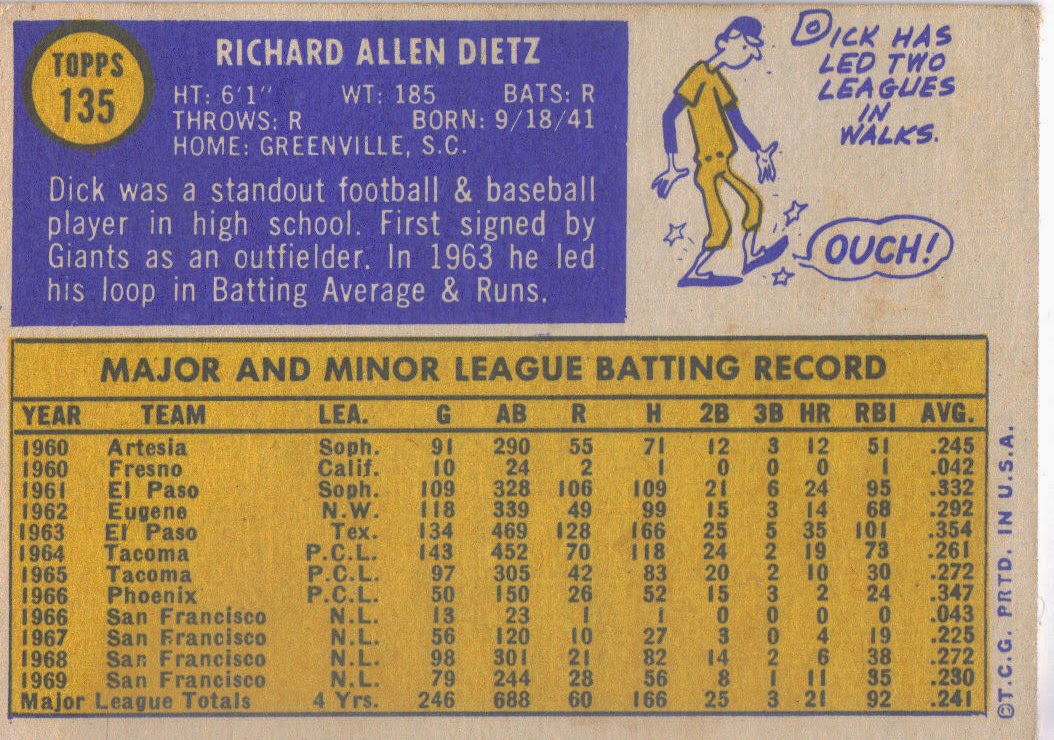 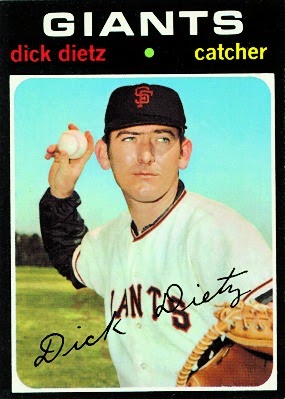 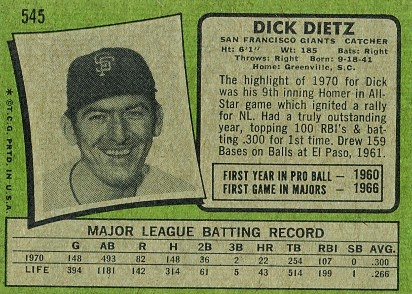 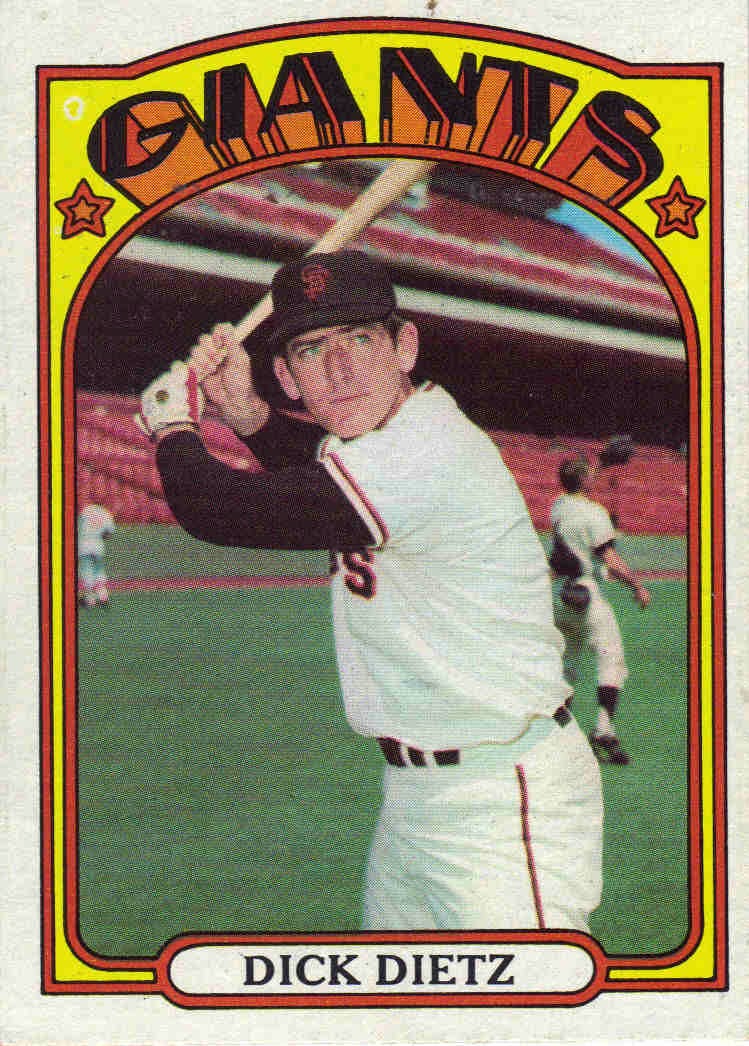 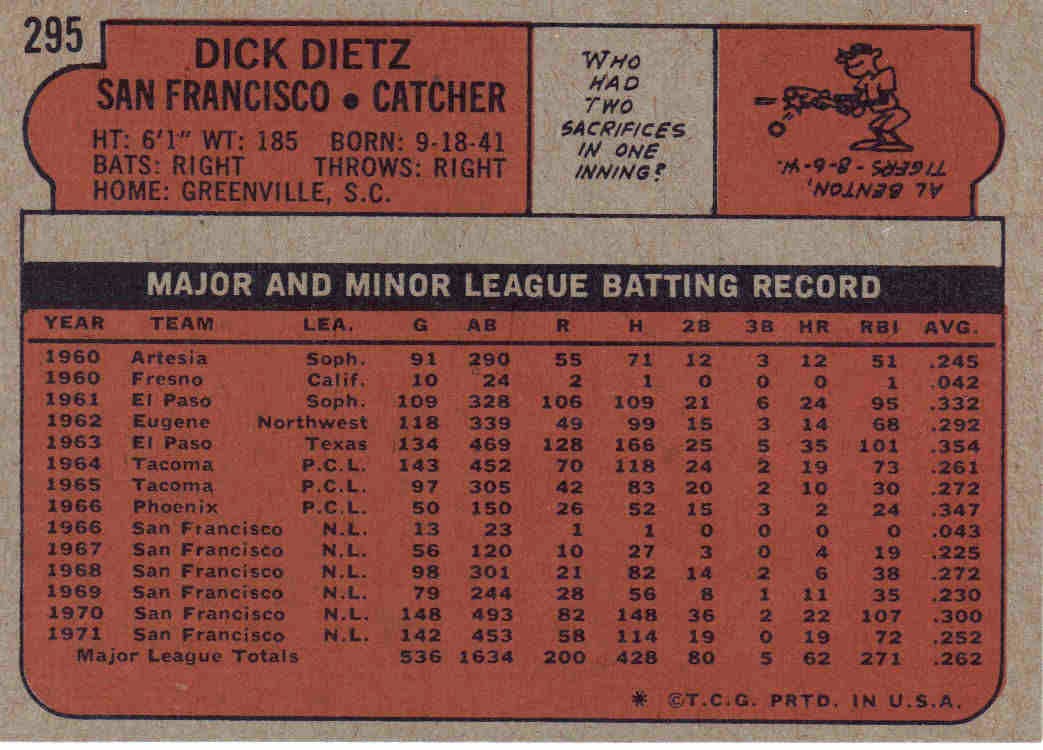 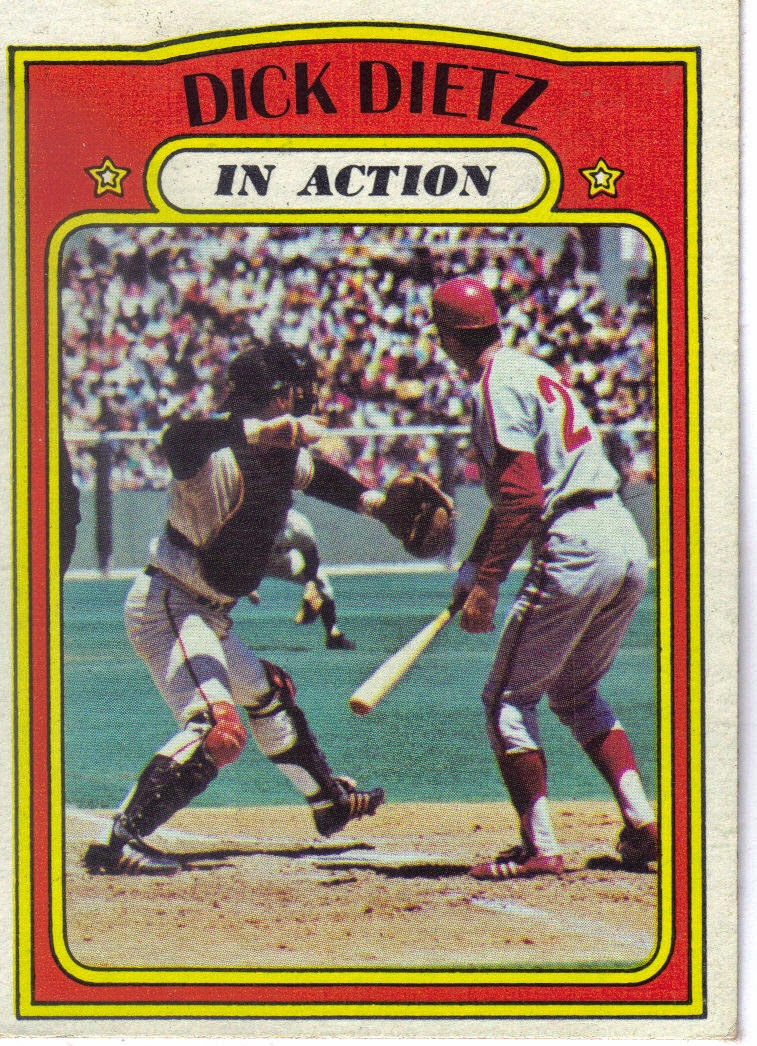 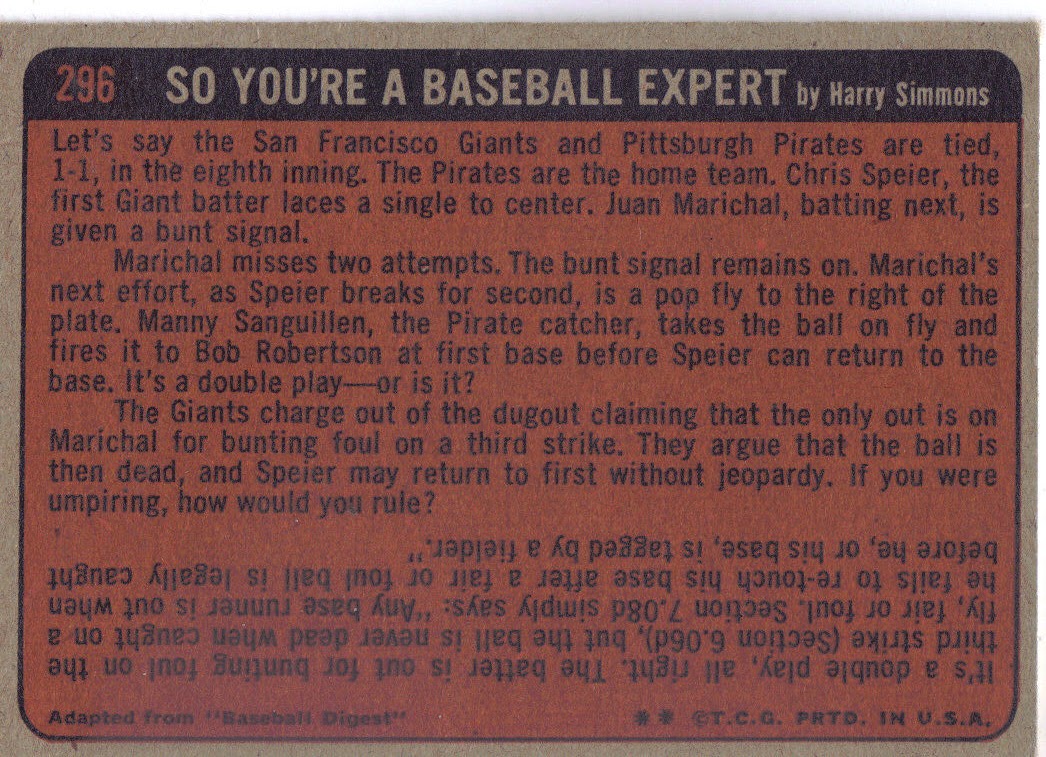 I won't put the 1973 card (pictured with the Dodgers) in here. Dietz was sold to the Atlanta Braves before the 1973 season. Dick played for the Braves in 1973 and posted a .474 on  base percentage and batted .295 in 83 games as a backup catcher/1B and pinch hitter. Dietz was released during spring training in 1974. There is a possibility that Dietz' career was prematurely ended due to his union activities. Here is a good Hardball Times article about this. Dietz died of a heart attack in 2005.