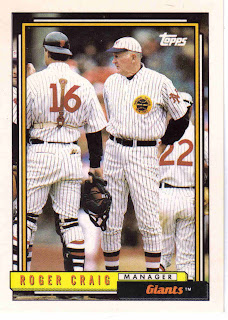 The 1992 Giants weren't all that great. They didn't get on base very often, they didn't score many runs, and they didn't have much power. Here is a card of Roger Craig (#109) in a throwback uniform. Apparently they weren't able to make throwback helmets. Craig stepped down as the San Francisco manager after the 1992 season. 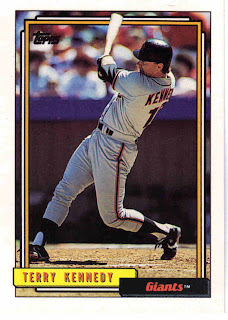 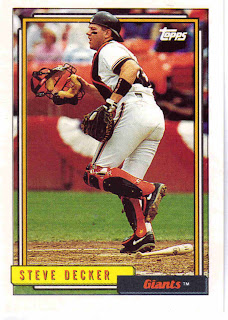 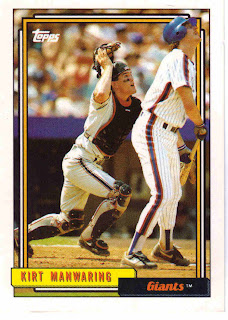 Others who played catcher for the Giants in 1992 without getting a 1992 Topps Giants card: 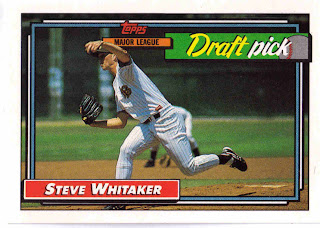 Bleech. This is one of the things that turned me off to card collecting in the 1990s (besides the fact that I had just started my teaching career and couldn't afford cards at the time). Nothing against Steve Whitaker (#369), but I think a guy needs to pay his dues before getting a regular issue card. It would have been better to make an insert set of draft picks and give regular major leaguers the regular issue cards.
Posted by Matt Runyon at 5:42 AM