The 1985 Giants were the most wretched club in team history. They were 62-100 and last in the NL West. I remember watching them when they were on Cubs and Braves broadcasts. There weren't a whole lot of people in the stands, they were usually bundled up, and about all that could be heard was the sound of fans playing "charge" on their kazoos. 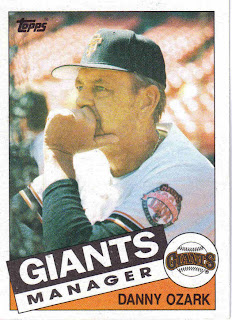 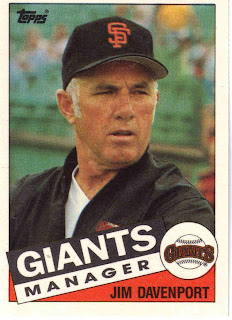 Jim Davenport (#27T) finally got his shot to manage in 1985 after many years as a player and coach for the Giants. The Giants had a 56-88 record when Jim was dismissed and replaced by Roger Craig with 18 games left in the season. 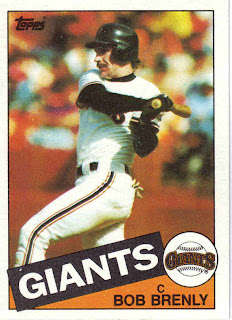 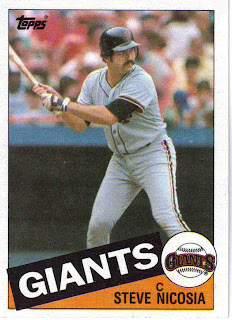 Steve Nicosia (#103) didn't play for the Giants in 1985. He became a free agent after the 1984 season and signed with the Montreal Expos. 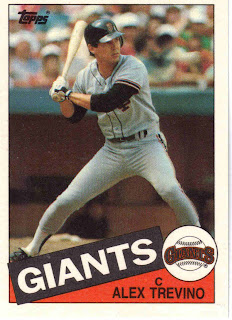 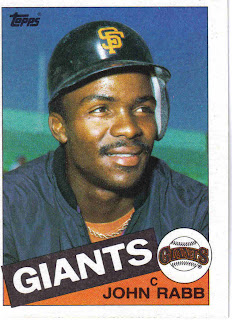