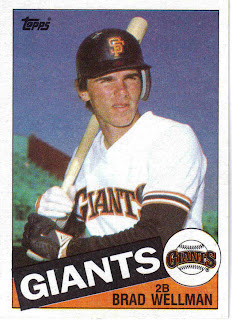 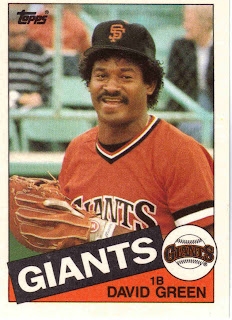 David Green was acquired as part of the Jack Clark trade before the season. David only played for the Giants in 1985. He batted .248 with 5 home runs in 294 at bats. 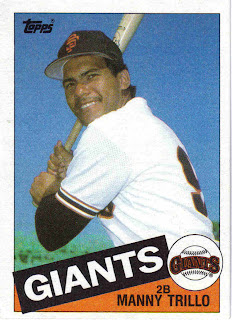 Manny Trillo batted .224 in 451 at bats as the starting second baseman. He used to drive my dad nuts with his constant smiling. He would say things like, "You're having a bad year and so is your team--why the %#$@ are you smiling?" 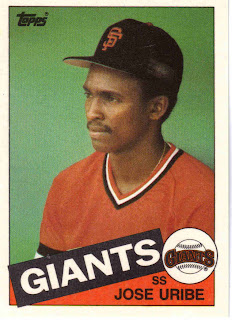 Jose Uribe was another guy acquired by the Giants in the Jack Clark trade. Jose batted .237 in 476 at bats as the starting shortstop. I can hear it now-------OOOO---Ribe! OOOO---Ribe! 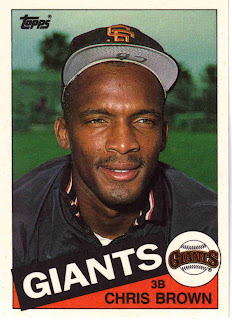 Chris Brown was the starting third baseman and batted .271 with 16 home runs in 432 at bats. He was 4th in NL Rookie of the Year voting. 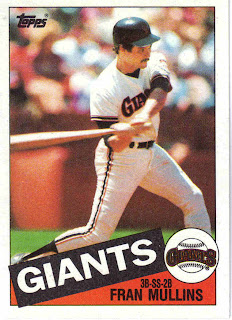 Fran Mullins did not play for the Giants in 1985. He spent the season in AAA Phoenix and was sold to the Cleveland Indians after the season. 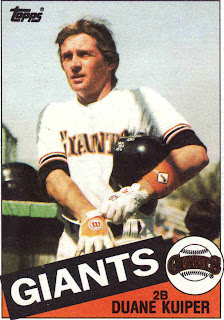 Duane Kuiper played in nine games (either pinch hitting or pinch running appearances) and was 3 for 5 with a walk and two sacrifices. He was released on June 28. 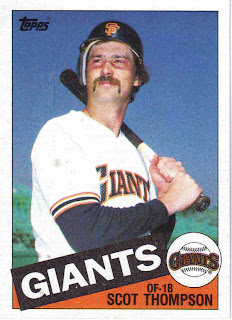 Scot Thompson batted .217 with 0 home runs in 111 at bats and was traded with Bill Laskey to the Montreal Expos for Dan Driessen on August 1. 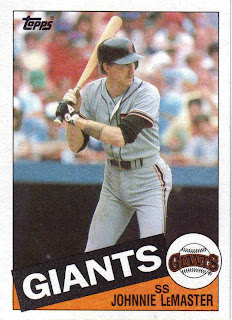 Johnnie LeMaster was 0 for 16 and was traded to the Pittsburgh Pirates on May 7.