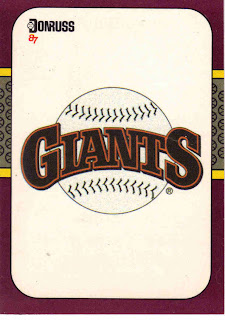 A few weeks Collective Troll broke up a 1987 Donruss Opening Day set and sent team sets out to those who asked for them. I asked for the Giants and he sent me the set along with some other Giants cards. I looked at them and then set them aside to use in a blog entry. Much to my chagrin, I couldn't find them for a while. I finally found them, scanned them, and made this post.

It would have been a nice touch if Donruss would have put the box score on the back of the logo card. The Giants beat the San Diego Padres 4-3 in 12 innings. Chili Davis singled in Jeffrey Leonard with two out in the bottom of the 12th inning to win the game for the Giants. Here is the box score. 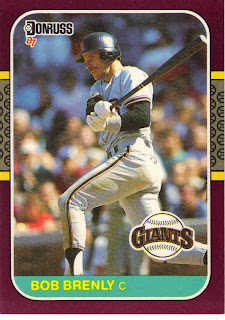 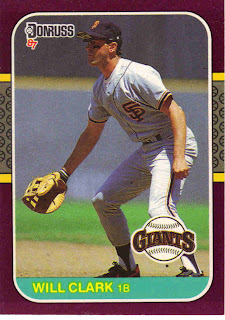 Will Clark was the leadoff hitter and went 3 for 6 with a triple and a run scored. 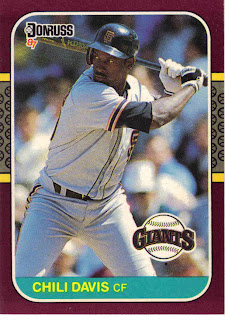 Chili Davis was 1 for 4 (he got the game-winning hit) with two bases on balls. 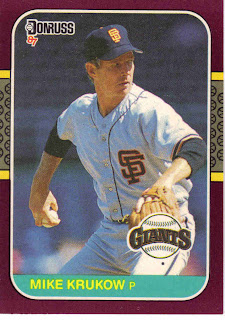 Mike Krukow started the game and got no decision. He went 8 innings and allowed 3 runs. 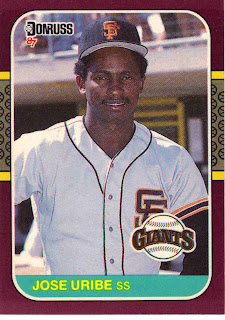 Jose Uribe was 1 for 2 before being lifted for a pinch hitter in the bottom of the 8th inning. 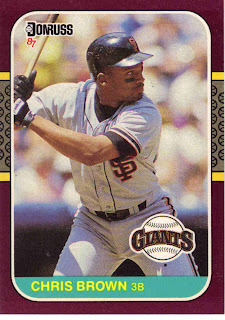 Chris Brown was 1 for 5 with a double, a run scored, and a run batted in. 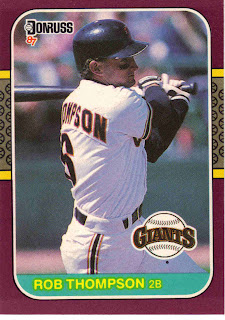 Robby Thompson was 0 for 4 with two strikeouts. 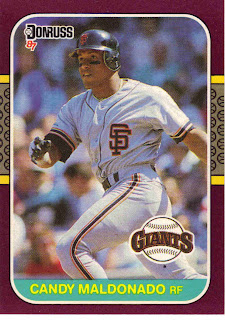 Candy Maldonado was 1 for 3 with a double, a stolen base, and two runs batted in. He was removed in a double switch in the top of the 9th inning. 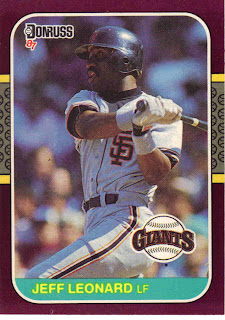 Jeffrey Leonard was 2 for 5 with a base on balls. He scored the winning run in the bottom of the 12th.
Thanks again, Collective Troll!