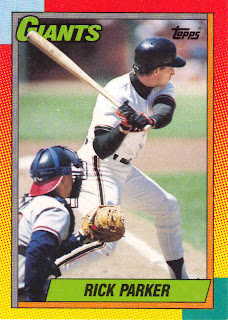 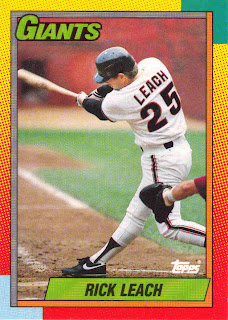 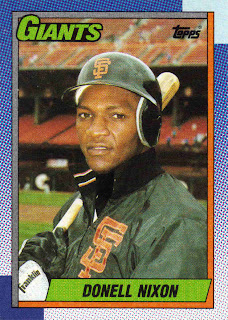 Donell Nixon didn't play for the Giants in 1990. He was released by the Giants in spring training. Nixon signed with the Baltimore Orioles. He spent most of the season with AAA Rochester and played eight games with the Orioles (his last appearances as a major leaguer). 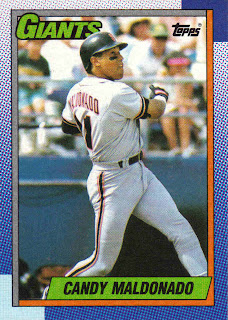 Candy Maldonado didn't play for the Giants in 1990. He became a free agent after the 1989 season and signed with the Cleveland Indians. 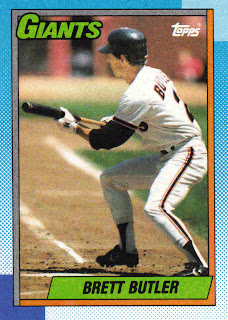 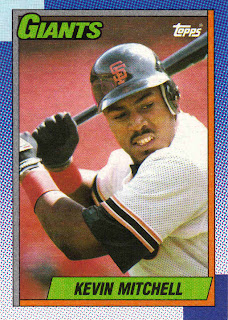 Kevin Mitchell was the starting left fielder. He batted .290 and led the Giants with 35 home runs. Kevin knocked in 93 runs and scored 90 runs. 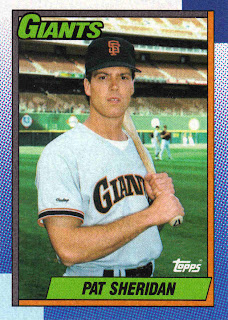 Pat Sheridan didn't play for the Giants in 1990. He became a free agent after the 1989 season and signed with the Kansas City Royals. The Royals released him in spring training and he signed with the Chicago Cubs. Pat played 23 games for the Cubs' AAA Iowa club. 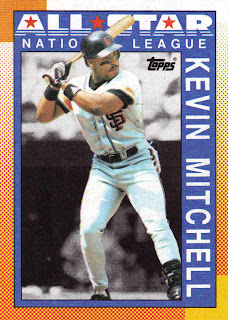 Kevin was the starting LF in the 1990 All Star game. He went 0-2 with one strikeout. 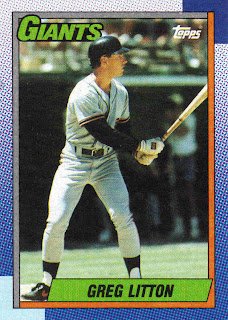 Greg Litton batted .245 in 204 at bats. He played some right field after Kevin Bass went out with an injury. 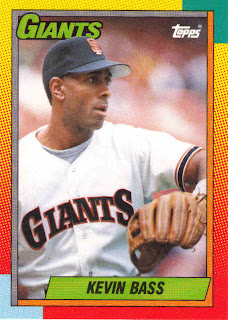 Speaking of Kevin Bass, he batted .252 in 63 games at the end of the season for the Giants. He was out from late May to early September with an injury.

Others who played outfield for the Giants but didn't get a 1990 Topps Giants card:
Posted by Matt Runyon at 12:22 AM

Brad Komminsk! Wow. Taking me back.

I remember him with the Braves, but I had forgotten that he played a little bit with the Giants.