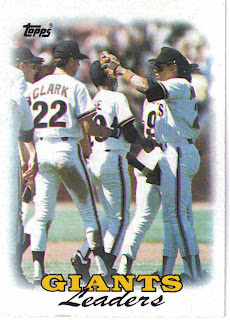 The "team leaders" cards in the late 80s didn't do much for me. I liked the information on the backs, but the fronts just weren't all that great. 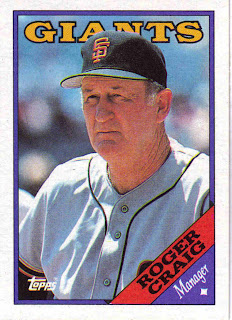 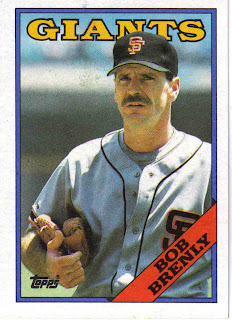 Bob Brenly batted .189 with five homers in 206 at bats in 1988. It was a significant drop-off from his performance in 1987 and he was released after the season. Bob signed with the Toronto Blue Jays and played part of the 1989 season for the Jays. He was released in July and signed with the Giants to help with their '89 pennant drive. Brenly retired after the 1989 season. 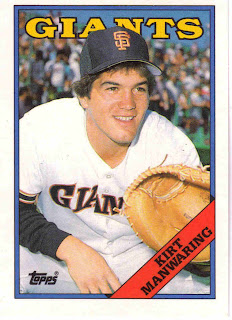 Kirt Manwaring batted .250 in 40 games. He spent a large portion of the season in AAA Phoenix. 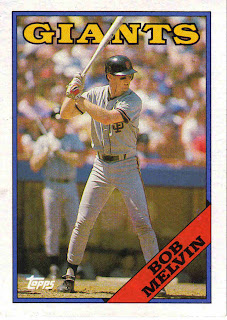 Bob Melvin was the Giants' starting catcher. He batted .234 with eight homers in 273 at bats. After the season Bob was traded to the Baltimore Orioles for Terry Kennedy.
Posted by Matt Runyon at 6:32 AM