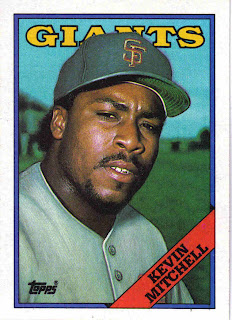 Kevin Mitchell played third base and batted .251 with 19 home runs and 80 RBI in 1988. He really came into his own as an offensive force the following year. 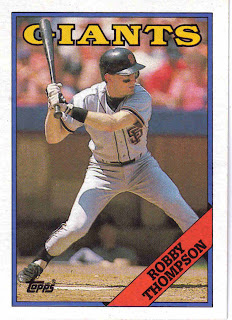 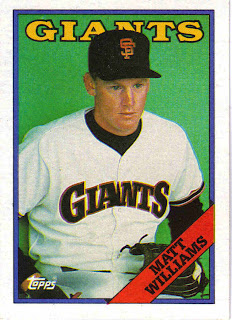 Matt Williams batted .205 with eight home runs in 156 at bats. He had a two-week stint with the Giants in June and was brought up to stay in mid-August. Matt spent the remainder of the season with AAA Phoenix. 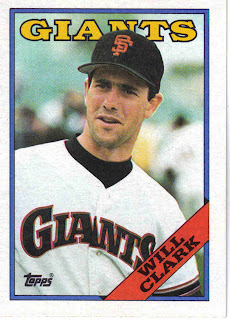 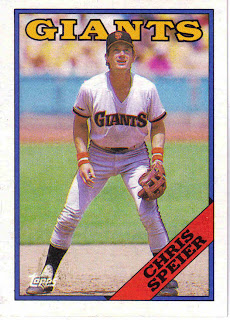 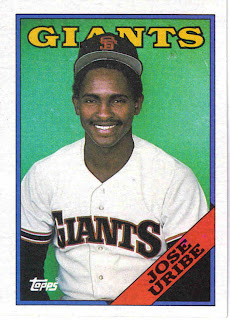 Jose Uribe was the starting shortstop and batted .252 in 141 games. 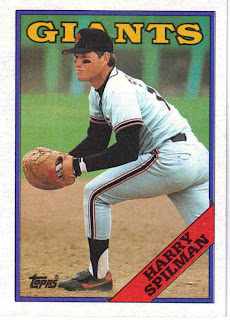 Harry Spilman batted .175 in 40 at bats for the Giants in 1988. He was released on August 11 and was signed by the Houston Astros to finish the season. 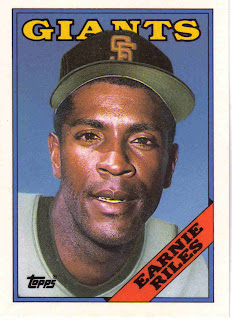 How many different ways was his name spelled on baseball cards?

Others who played infield for the Giants but didn't get a 1988 Topps Giants card: