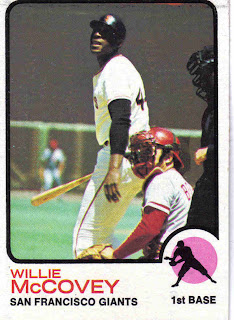 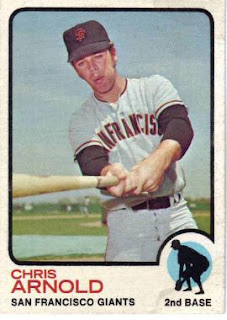 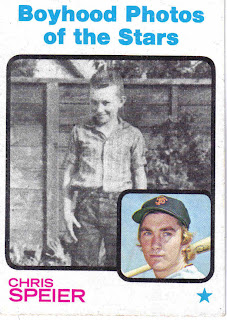 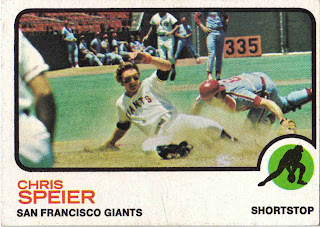 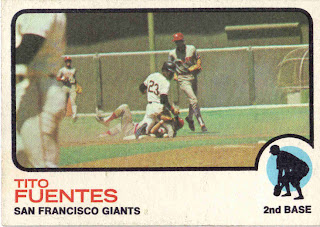 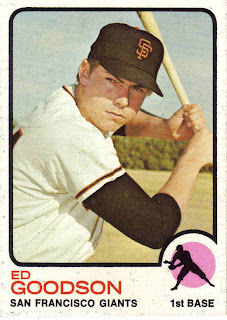 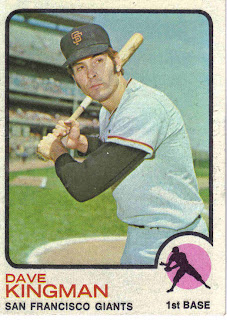 Others who played infield but didn't receive a 1973 Giants' card:

I don't know which is more awkwardly awesome, the McCovey card or the Fuentes card. Both great!

Of course, the Speier card is just plain awesome.

I wonder what Willie, Johnny, and the umpire are looking at--

A foul ball?
A guy running around on the field?
The cute girl in the second row?
Sparky yelling about a missed call from the dugout?