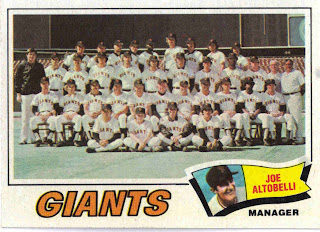 The Giants continued to struggle in 1977, but things were improving. The Giants acquired Bill Madlock, and Willie McCovey returned to the team to make a good comeback. The Giants would contend in 1978, then the bottom fell out for a couple of years after that.

Joe Altobelli (#211) was in his first year as a major league manager. Joe had managed in the Baltimore Orioles organization (or in the Mexican League) from 1966-1976. He managed the Giants from 1977 through most of the 1979 season (he was let go in September). Joe managed in AAA in 1980 and coached for the New York Yankees in 1981 and 1982. He then managed the Baltimore Orioles for 2 1/2 years from 1983-1985, winning a World Championship in 1983. After he was fired by the Orioles, Joe coached for the Yankees in 1986 and 1987 and then coached for Don Zimmer with the Chicaco Cubs from 1988-1991. Altobelli managed one game for the Chicago Cubs in 1991 as an interim manager after Zimmer was fired. Altobelli then was the general manager of the AAA Rochester Red Wings for several years and then was a color commentator for the club's home game broadcasts until the 2009 season. 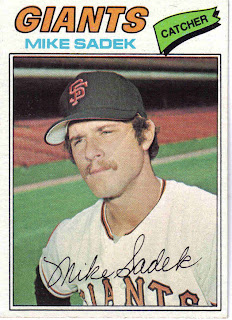 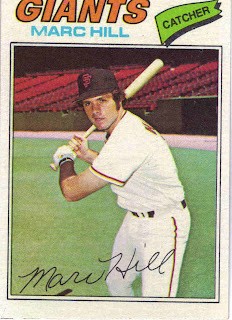 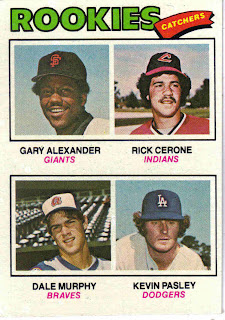 
Others who caught for the Giants in 1977 but didn't receive 1977 Topps Giants cards: