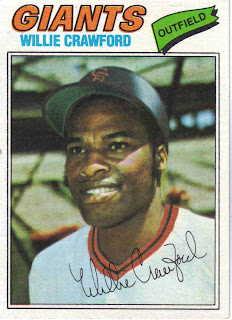 Willie Crawford (#642) didn't play for the Giants in 1977. He had been traded to the Giants after the 1976 season but before he could play with them Willie was traded with Rob Sperring to the Houston Astros for Rob Andrews and cash. 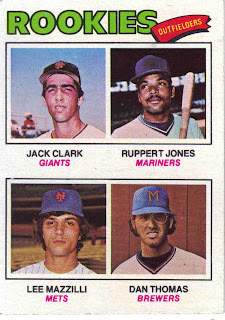 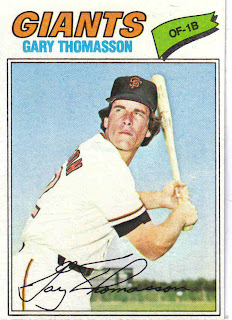 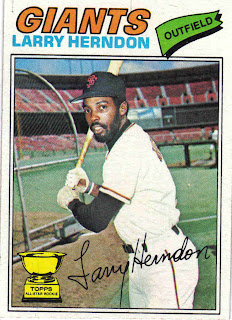 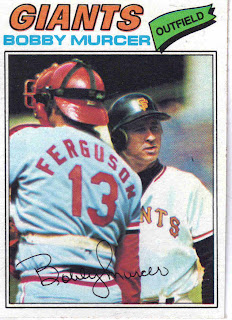 Bobby Murcer (#40) didn't play for the Giants in 1977. Before the season he was traded to the Chicago Cubs with Steve Ontiveros and an minor leaguer for Bill Madlock and Rob Sperring.

Others who played OF for the Giants but who didn't get a 1977 Topps Giants card:

The Murcer card was one of the great photos of the Topps 70s sets.