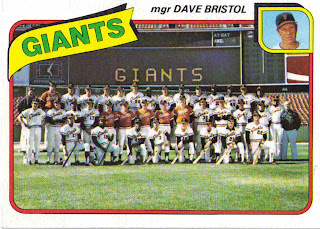 The Giants struggled again in 1980. The starting pitching was fair and the bullpen was good, but they just couldn't score many runs. The Giants had only two players in double figures in home runs (Darrell Evans and Jack Clark).

Dave Bristol (#499) managed the club in 1980 and was replaced by Frank Robinson after the season. The Giants were Bristol's fourth and final team as manager. Bristol was successful with the Cincinnati Reds, taking them from 7th place in 1966 as a 33-year-old manager to 3rd place in 1969. But he was dismissed after the 1969 season. He managed the Milwaukee Brewers from 1970-1972 and then the Atlanta Braves in 1976 and 1977. Dave managed the last month of the 1979 season as well as the 1980 season for the Giants. In between managerial stints (and after the 1980 season) Dave coached for various teams until 1993. 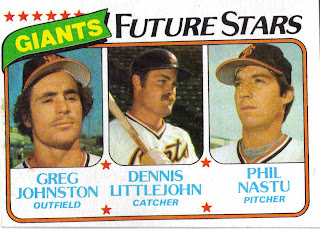 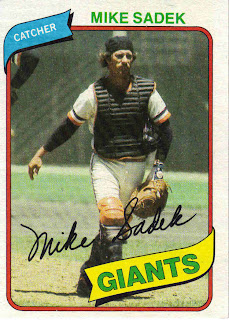 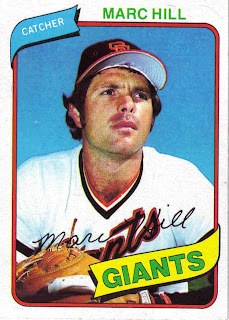