I was going through a box and came across this team-issued set from 1980. I don't remember if it was a giveaway or if I bought them. I was in 8th grade at the time. The backs have some vital statistics (height, weight, etc); a stat line from the previous (1979) season; and an offer for a premium team card. It was five coupons plus 75 cents. 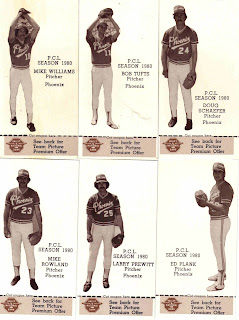 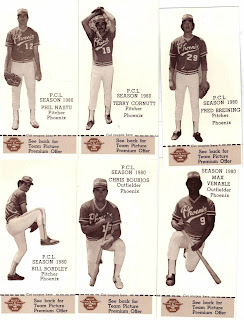 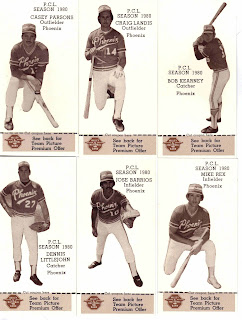 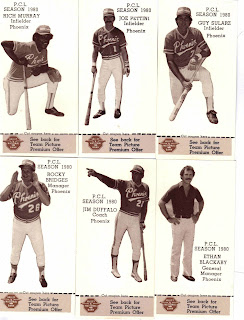 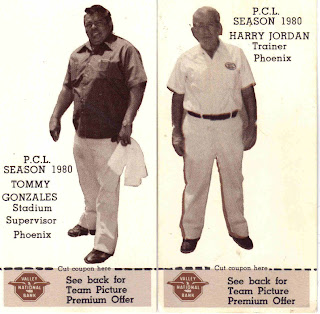 The Giants' system was pretty dry at the AAA level in 1980. That probably contributed to the poor years they had in the mid 1980s. Out of the 22 players pictured, 16 made it to the majors but most of them didn't stay long. Oh well--it was still fun to watch the games.

Thanks for your set profile, Matt! Just added a link to this page from the #5 profile of Larry Prewitt.