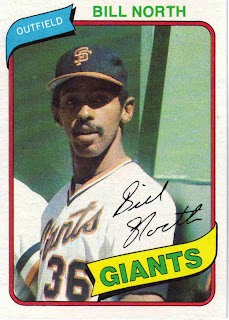 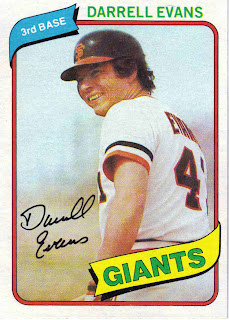 Game 1: Darrell Evans homered twice and Mike Ivie homered once as the 1980 Giants took game 1 of the series. Ed Whitson had a shutout going until the 9th inning when a Johnnie LeMaster error allowed one run to score. Rube Marquard took the loss. 1980 7, 1911 1. 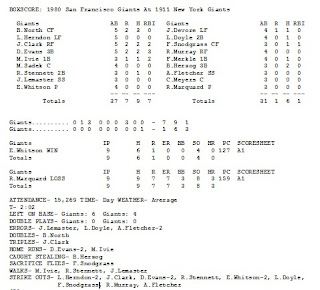 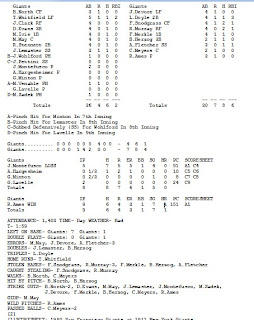 Game 3: Vida Blue pitched a masterpiece. He allowed two hits and no runs. Terry Whitfield tripled to score Blue in the third inning and then Whitfield hit a 3-run homer in the 7th inning to seal the victory. 1980 Giants 6, 1911 Giants 0. 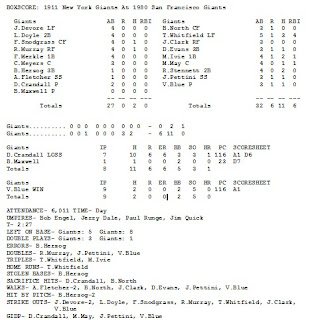 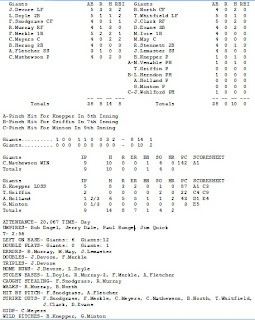 Game 5: Jack Clark was the hitting star in this one. He hit a 2-run double (and scored on an error) in the first inning and he hit a 2-run homer in the third inning. Ed Whitson got the win with help from Gary Lavelle and Greg Minton. The 1911 Giants had runners on second and third with one out in the ninth inning but Minton was able to hold them without scoring. 1980 6, 1911 5. 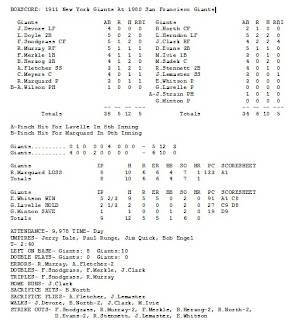 Game 6: Darrell Evans had the big blow in this game when he hit a grand slam in the 3rd inning. John Montefusco and Al Holland combined to allow only two runs and the 1980 Giants came away with the series win. 1980 6, 1911 2. 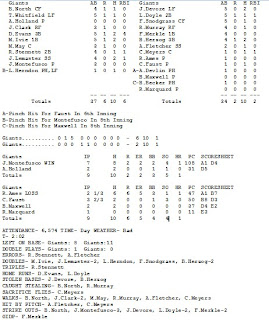 Unfortunately the game doesn't separate the stats from each round of the tournament. Here are the stats for each team through two rounds:
1980 Giants Batting Stats 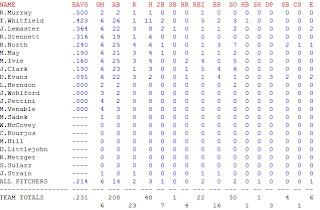 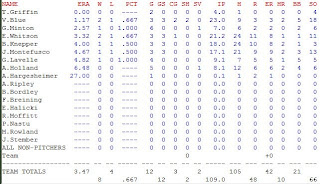 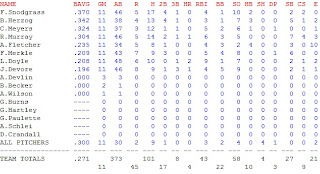 This is the second round in a row in which the 1980 Giants have been able to score an upset. This time they knocked off the #1 seed. The 1911 team had a couple of things working against it. The team made a lot of errors, which wouldn't have been a real big deal in 1911 but the errors are a killer when playing a modern team. The game also made a 4-man rotation for each team. Something tells me Mr. McGraw would have shortened the rotation and had Christy Mathewson pitch more.
.
Posted by Matt Runyon at 11:26 AM