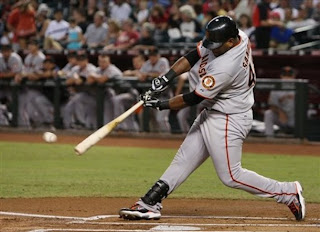 Bottom of 5th. Aaron Rowand doubled and Juan Uribe doubled him in. After moving to third on a grounder by pinch hitter Euguenio Valdez, Uribe scored on a Randy Winn sacrifice fly. 1955 2, 2009 2.

Brandon Medders got the win, Wilhelm took the loss, and Brian Wilson earned the save. 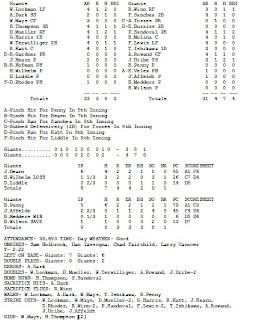 You're doing this with the computer version of SoM?? Did you have to buy every single season of Giants to do this?

yeah -- I've been playing this game for a long time so I have a lot of old seasons. :)

Ah, gotcha. I have been thinking of doing this with the Tribe, but the add-ons are pretty pricey. Ouch.