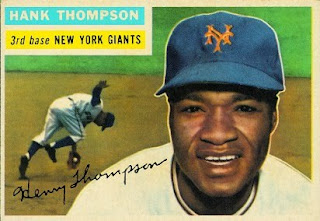 Game 1: Unheralded reserve outfielder Lee King hit a home run in the bottom of the 6th which proved to be the winning run. Jess Barnes outpitched John Antonelli for the win. 1920 3, 1955 2.

Game 3: The 1920 Giants were leading 1-0 in the bottom of the 7th inning when shortstop Dave Bancroft made a throwing error that allowed the tying run to score. Gail Harris then hit a sacrifice fly to put the 1955 club ahead to stay. Both runs were unearned. 1955 2, 1920 1.

Game 5: John Antonelli was the big story in this game as he had two hits (including a home run), scored twice, knocked in three runs, and pitched a complete game victory. 1955 8, 1920 6. 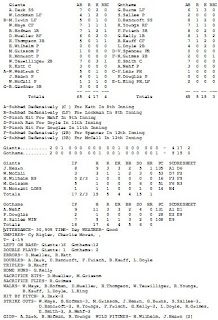 Game 7: How about a 12-inning game to follow the game 6 marathon? In the top of the 12th inning Hank Thompson singled. Gail Harris hit an infield single, then 3B Frankie Frisch made an error to load the bases. Ray Katt hit a sacrifice fly to score Thompson and eventually win the game. Hoyt Wilhelm got the win and Windy McCall earned the save. 1955 3, 1920 2 (12 innings) 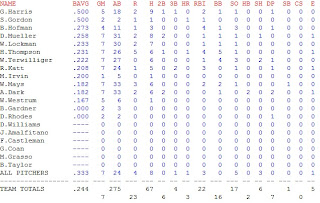 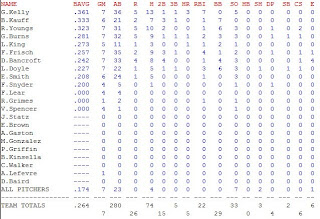