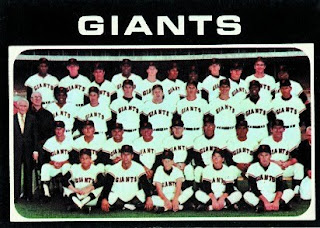 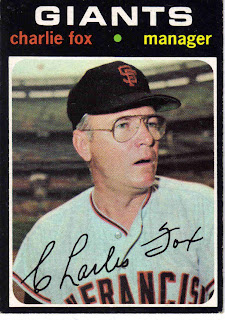 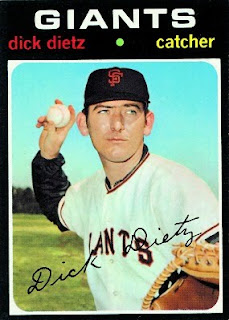 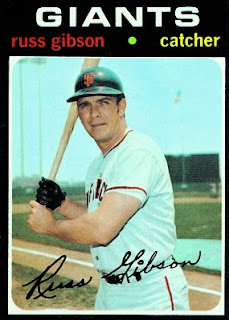 
Other players who caught for the Giants who didn't receive 1971 Topps Giants cards:
Posted by Matt Runyon at 10:48 AM

i really like the 71 topps team cards. something about the black border makes the colors 'pop'

Yeah--I agree. I think the '71 team cards are my favorites.