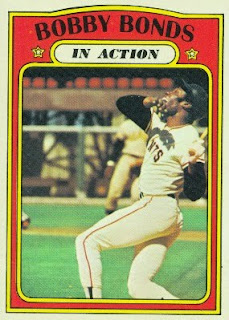 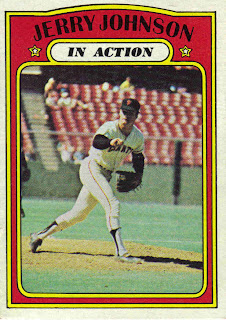 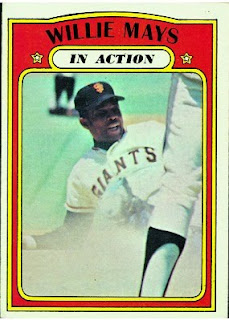 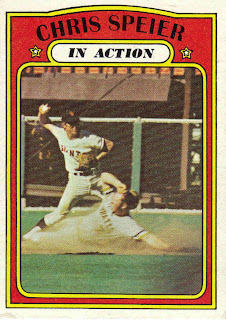 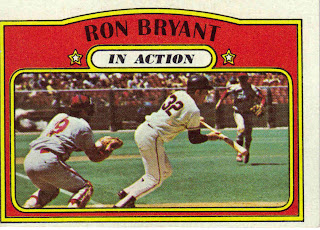 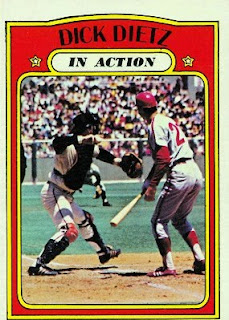 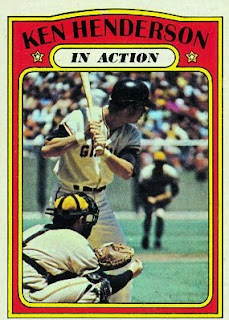 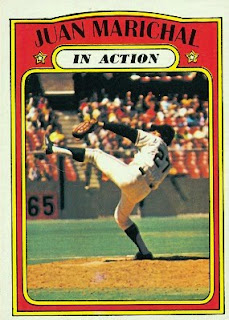 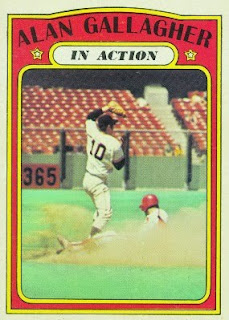 #694 Alan Gallagher
Do y'all have any speculation on when these other plays occurred?
Vote in the poll on which of these cards is your favorite. There are several great action shots here!
Posted by Matt Runyon at 5:30 PM

The Bryant game was against the Phillies, it looks like.

http://www.baseball-reference.com/boxes/SFN/SFN197106050.shtml Fifth inning, Bryant fouls off bunt for strike three. I imagine many of the other action shots were from this series.

Yep, the catcher #9 is Mike Ryan, which would make the third baseman Bobby Pfeil of all people.

The Speier shot is probably from this game: http://www.baseball-reference.com/boxes/SFN/SFN197108012.shtml

8th inning, Bob Robertson on first, Charlie Sands hits into a 3-6-1 double play. The only time Bob Robertson is forced at second in any of their games at Candlestick that year.

Yeah--I thought those were Cardinals uniforms on the Bryant card, but upon closer inspection they are Phillies uniforms.