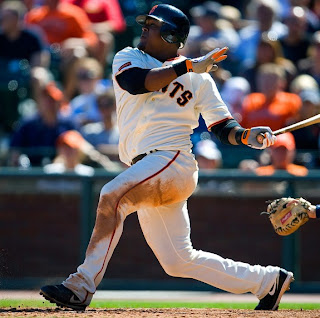 Top of 7th: Willie Mays walked and stole second. The computer made a strange move and replaced Lincecum (who had struck out 10 batters and not allowed a run) with Jeremy Affeldt. After Hank Thompson struck out Don Mueller singled to left to score Mays. 1955 1, 2009 1

Bottom of 9th: Juan Uribe walked and pinch runner Emmanuel Burriss stole second. Andreas Torres homered to right to win the game for the 2009 Giants. Uribe ended up 2 for 3 with two doubles and a walk. Brandon Medders got the win and Ruben Gomez took the loss. 1955 1, 2009 3. 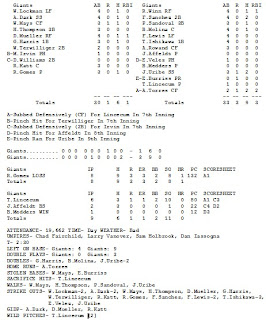