Mike  McCormick tries to keep the 1967 Giants alive and is opposed by Matt Cain. 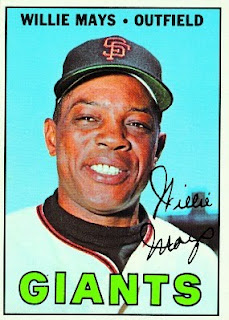 Bottom of 3rd: Aaron Rowand singled. Freddie Sanchez reached on an error by Tito Fuentes. Pablo Sandoval doubled to left to score Rowand and Sanchez. Sandoval scored when Jesus Alou threw the ball away trying to throw out Sanchez. 1967 0, 2009 3.

Mike McCormick was the winning pitcher with Frank Linzy earning the save. Brandon Medders was the losing pitcher. The 2009 Giants lead the series 3 games to 2 with the series going back to Candlestick Park for the final two games. 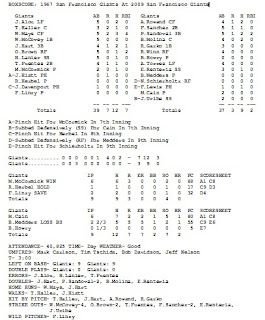