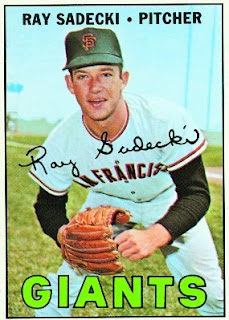 Brad Penny vs. Ray  Sadecki for all the marbles.

That was all of the scoring in the game. Sadecki allowed four hits and two walks and pitched a shutout to win the series for the 1967 Giants.

It was a fun tournament. I wish I could have included a team from the Roger Craig years and a team from the Bill Terry/Mel Ott years, but I didn't have any of those seasons. The 1967 Giants needed seven games in all four rounds. Pablo Sandoval led the tournament with 10 home runs and 26 RBI. Tim Lincecum and Matt Cain were each 5-0 in the tournament. 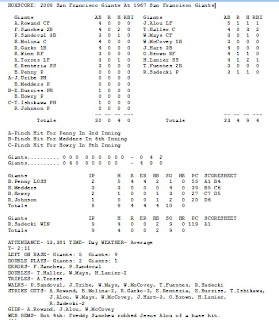 1967 Giants Batting through Round 4 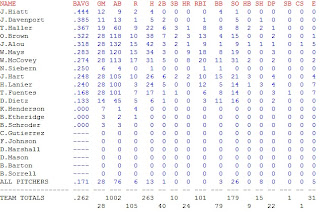 1967 Giants Pitching through Round 4

2009 Giants Batting through Round 4 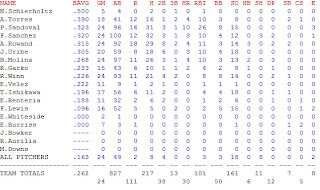 2009  Giants Pitching through Round 4 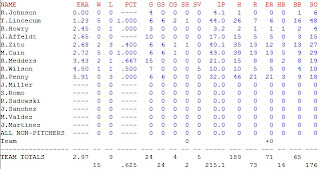